How A ‘Golden Child’ Became The Longest-Reigning Champ In ATP History | Happy and Fit Soul
Happy and Fit Soul To keep the body in health is a duty ..Otherwise we shall not be able to keep our mind strong and clear..

One day in June 1992, a skinny five-year-old boy stood behind the fence of a tennis court in a small mountain hamlet in Serbia watching a junior tennis clinic. The coach, Jelena Gencic, had a background in art history and moonlighted producing arts and culture programming for Serbia’s state-owned television network. Gencic invited the boy to join the clinic. She knew talent when she saw it — Gencic coached Monica Seles early in her career. By the end of his first afternoon of drills, as the story goes, Gencic knew she had a world-class talent on her hands.

The boy’s name was Novak Djokovic (the name means son of Djoko in Serbian, Djoko in this case being Djoko Damjanovic, one of Novak’s paternal ancestors) and his parents owned a pizzeria and pancake restaurant across the road from the tennis courts. As Chris Bowers reports in his book Novak Djokovic: The Sporting Statesman, Gencic marched the boy over to his parent’s restaurant and told them, “You have a golden child… by the time he’s 17, he’ll be in the top five in the world.”

Novak bloomed later than she predicted — his ranking ranged from No. 515 to No. 128 at 17. But consider how prescient and audacious Gencic’s prediction was. At the time, Yugoslavia had splintered and the Balkan wars of the 1990s would cripple the region for most of the decade. 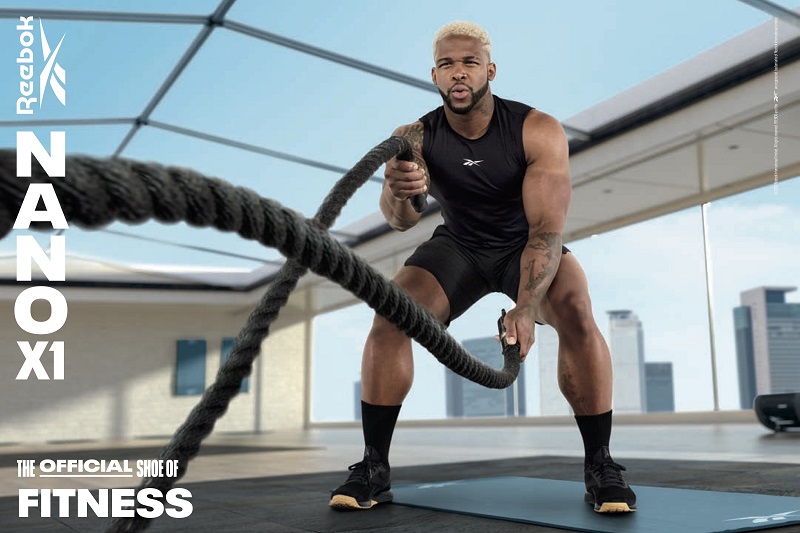 By any measure, Serbia was a poor country at that time, with a per capita GDP of just $2,767. But here we are nearly 30 years later confronting a remarkable feat that even Gencic couldn’t have imagined: the boy from a humble background, who emerged from war-torn Serbia, has now been No. 1 in the FedEx ATP Rankings for an astonishing 311 weeks — longer than anyone else in the sport.

The same qualities that Gencic noticed in his very first lesson are the ones that have propelled his remarkable career: the footwork, the concentration, and, above all else the hunger to succeed. Just 26 men have reached No. 1 since the FedEx ATP Rankings were established in 1973. With all due respect to those champions, none were quite as hungry to stay at the top as Novak Djokovic.

He’s fought off the competition with vigour and panache, ruffling feathers at times along the way. He treated us to hilarious impersonations of other players, his parents made brash predictions that seemed improbable but all came true. He ate blades of grass on Centre Court at Wimbledon, he tore his shirts after wins like a pro wrestler, he implored crowds to recognise his brilliance and blew them kisses too. He kicked ass, made no apologies, and spoke from the heart.

Consider the Mt. Everest-like ascent it took for him to first capture the No. 1 FedEx ATP Ranking, in July 2011. He beat Andy Murray and Roger Federer en route to winning the Australian Open. Then he beat Federer again to win Dubai. Just for fun, he then beat Federer and Rafael Nadal to win the BNP Paribas Open in Indian Wells.

He followed that up by beating Nadal to win Miami, then beat the Spaniard on clay in the finals of the Mutua Madrid Open and the Internazionali BNL d’Italia in Rome, feats akin to subduing an angry crocodile blindfolded. The Barron of Belgrade then capped a 48-1 start by beating Nadal in the final of Wimbledon, where he celebrated the win and his first ever No. 1 ranking by devouring a few blades of grass.

“This is what I’m born for, to be a tennis champion,” he said at the time. “We all know the situation in our country, how it was with the wars… we had a tough way to go through, that made us mentally strong.”

After the win, he received a hero’s welcome in Belgrade, where an estimated 100,000 people turned out to celebrate with him. But he didn’t rest on his laurels. After becoming No. 1, he won back-to-back titles in Montreal and Cincinnati and then capped off one of the most remarkable years in tennis history by beating Federer and Nadal en route to his first US Open title. He was on fire, but it was just the first few weeks of what would become 311 weeks of hand-to-hand combat against the world’s best players.

To grasp the enormity of Djokovic’s achievement one must contemplate not only the greatness of the champions who came before his era, but also the shark-infested waters he’s navigated during his career.

He won no majors during an injury-plagued season in 2017 and came into the summer of 2018 with a ranking outside the Top 20. With Nadal, a resurgent Federer, Murray and others to contend with, some reckoned that, at 31, his best days were already behind him. But such doubters have always stoked Djokovic’s inner fire, and he roared back to win both Wimbledon and the US Open that year.

The Sultan of Serbia was back on course, and in 2019, he blew past Connors and Lendl. In 2020, he defended his throne, going 41-5 in the strangest and most mentally challenging season in tennis history, racing past his boyhood hero, Pete Sampras, along the way. He spoke to the American legend about the difficulties of staying on top at the Nitto ATP Finals in London, expressing wonderment at how Sampras managed to finish as the year-end No. 1 six years in a row.

“Staying No. 1, ending the seasons as No. 1, as Pete said, is a paramount achievement and the amount of dedication that you need to undergo in your life and the way you have to organise yourself, not just on the court, but off the court, is tremendous,” he said.

As he coped with that stress over the years, there has always been one big fish — an elusive white whale named Roger Federer — to pursue. The Serb has been stalking Federer for his entire career. Roger first rose to No. 1 at 22, Novak at 24. Novak hit 100 weeks on top at 26, Federer at 24. Federer hit 300 weeks at 31, Novak at 33.

Though he could very well win more majors than any player in history, Djokovic has been swimming in the wake of Federer and Nadal for years. Those legends have legions of passionate fans, who naturally have rooted against the upstart Serb, whose emergence dented the prospects of their heroes.

Slaying fellow fan favourites empowers Djokovic, who defiantly raises his chin and his game when needed. He was underestimated for much of his early career, which makes his achievements even sweeter. And so, when he passed Roger Federer this week for most weeks at No. 1, it’s really a culmination of a lifetime of work, sacrifice and devotion to his craft. The record clearly means the world to him.

“In our sport, winning [the] most Grand Slams and being No. 1 for as long as possible are [the] two biggest goals,” Djokovic said after passing Sampras last year.

No one has had to work harder to get to the top than Djokovic. Early in his career he didn’t get lots of free points on his serve, and he rarely blasts an opponent off the court with 90 mph forehands. He has an all-around game propelled by world-class fitness and movement, but his greatest strength has always been mental. His uncanny ability to focus and stay cool on the big points, and to go into ‘lockdown mode’ during tie-breaks, has made him the player he is.

Remarkably, Djokovic has stayed on top for so long during tennis’ golden era, battling and often overcoming two of the greatest legends in the sport, and a host of other future hall of famers, like Andy Murray, Juan Martin del Potro, Stan Wawrinka, Dominic Thiem and others. He has a winning career mark against all those players, not to mention Federer and Nadal, too.

“It really excites me to walk the path of legends and giants of this sport.”

Along the way, he’s inspired an incredible tennis boom in Serbia and around the Balkans. There are now seven juniors from the former Yugoslav republics (four of them from Serbia) ranked inside the Top 100 of the ITF World Tennis Tour Junior Rankings.

Coming into the 2021 season, a number of prognosticators thought that challengers like Thiem and Daniil Medvedev may wrestle the No. 1 ranking away from Djokovic this year. The Serb responded by winning his ninth Australian Open title, dismissing Medvedev in straight sets in the final.

If Djokovic hears the chorus of naysayers writing premature tennis obits for him, look out. At 33, he’s still in tremendous shape. And his dedication to fitness, nutrition, and yoga will likely leave him ready to compete at the highest level for years to come. He’s six years younger than Federer and the prospect of him following the Swiss’s example and playing for several more years should concern any other player with designs on the No. 1 perch he considers his throne.

But will he remain hungry enough to push well past 311 weeks on top? Why not? There are still records to be broken. He’s now within two majors of Federer and Nadal in the all-time Grand Slam titles chase, and he still needs 28 more tour-level titles to eclipse Jimmy Connors’ all-time mark of 109, though Federer and Nadal aren’t done winning either. Ultimately, his assault on the sport’s record books rests on endurance, a quality he has demonstrated in spades for years.

In any case, even if he never wins another match, Djokovic’s story is one that’s been great for the sport. During his early years on tour, his fitness level wasn’t what it is today, and he had to retire from a number of matches. At one point, he opined that perhaps he was born at the wrong time and implied that he might never supplant Federer and Nadal.

But he evolved into the toughest, most unflappable competitor in the sport. The fact that he could emerge from a war-torn country with little tennis infrastructure, from a family of modest means with no deep ties in the sport, illustrates that tennis’ next great champion could come from any corner of the world. Gencic spotted the potential in him at an early age but nevertheless, Djokovic wasn’t born a champion. He fought to get to the top, bettering himself at each hurdle, and battled harder to stay there than anyone ever has before.

“It really excites me to walk the path of legends and giants of this sport,” said Djokovic. “To know that I earned my place among them by following my childhood dream is a beautiful confirmation that when you do things out of love and passion, everything is possible.” 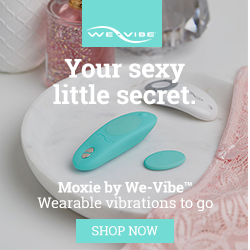 Valentine’s Day Is Over – Now What? How to Find and Nourish the Relationship You So Much Desire |

How to Reduce The Appearance Of Stretch Marks From Pregnancy